At the tender age of 24 (1973) Tony Evans, was contacted by a radio show producer from Houston (KHCB). This man had contacted Dallas Theological Seminary, where Tony was a junior in the ThM program, asking for great preaching content to put on his program for free. One of Tony’s professors recommended him. Thus began the public broadcasting of Dr. Tony Evans. Recorded in a tiny studio on the seminary campus, Tony spent the next few years faithfully preaching into a microphone for a crowd unseen in Houston.

Nearly a decade later, The Urban Alternative was formed in 1981 when requests for Dr. Evans’ sermons came in so frequently from his Houston and Dallas radio broadcasts that Mrs. Lois Evans, co-founder of the ministry, began fulfilling orders. Mrs. Evans used her business skills to organize, develop and expand the outreach and growth of the ministry.

In 1986, Tony was invited to preach at the National Religious Broadcasters annual conference. This drew enormous attention and encouragement to expand the ministry even further.

Not too long after that appearance at NRB, radio stations began to air Dr. Evans’ program. Under the leadership of Dr. Lois Evans, Senior Vice-President of TUA, the radio ministry grew nationally and internationally. The reach of Tony’s preaching now spans the world with his broadcasts airing on more than 1,400 radio outlets and in over 130 countries, reaching millions each week.

Dr. Tony Evans is one of the country’s most respected leaders in evangelical circles. As a pastor, teacher, author and speaker, he serves the body of Christ through his unique ability to communicate complex theological truths through simple, yet profound, illustrations. While addressing the practical issues of today, Dr. Evans is known as a relevant expositor. New and veteran pastors alike regard him as a pastor of pastors and a father in the faith.

The first African American to graduate with a doctoral degree from Dallas Theological Seminary (DTS), he served as an associate professor in the Pastoral Ministries Department at DTS in the areas of evangelism, homiletics and black church studies. He continues to serve DTS on the Board of Incorporate Members. Dr. Evans is the former chaplain of the Dallas Cowboys and former chaplain of the Dallas Mavericks for over three decades, which is the longest standing NBA chaplaincy on record.

Dr. Evans holds the honor of writing and publishing the first full-Bible commentary and Study Bible by an African American.

Through his local church and national ministry, Dr. Evans promotes a kingdom agenda philosophy that teaches God’s comprehensive rule over every sphere of life as demonstrated through the individual, family, church and society.

This philosophy connects biblical spirituality with social responsibility. Dr. Evans teaches that the church, not the government, is the best social service delivery system since it is closer to the needs of the people, offers the largest potential volunteer force, has facilities for outreach programs, and provides a moral and spiritual frame of reference for making right choices.

At the heart of this vision is the use of church and school partnerships to effect spiritual and social change in communities. Dr. Evans’ church and school outreach philosophy has been attributed as a catalyst for former President George W. Bush’s Faith-Based Initiative, which was his first formal act of office. Dr. Evans seeks to train churches, schools and volunteers in this philosophy, as well as in the functional practicalities, through the National Church Adopt-a-School Initiative which is a ministry underneath the umbrella of The Urban Alternative.

Dr. Evans has served as the senior pastor of Oak Cliff Bible Fellowship for over 40 years, witnessing its growth from ten people in 1976 to now over 10,000 congregants with over 100 ministries.

Dr. Evans also serves as president of The Urban Alternative, a national ministry that seeks to restore hope and transform lives through the proclamation and the application of the Word of God. His daily radio broadcast, The Alternative with Dr. Tony Evans, can also be heard as a podcast and on the Tony Evans App. Dr. Evans launched the Tony Evans Training Center in 2017, an online learning platform providing quality seminary-style courses for a fraction of the cost to any person in any place. The goal is to increase Bible literacy not only in lay people but also in those Christian leaders who cannot afford nor find the time for formal ongoing education.

Dr. Evans has authored over 150 books, booklets and Bible studies including his legacy work, Oneness Embraced, as well as his vision work, The Kingdom Agenda. Some of his most popular books include Kingdom Man, Kingdom Woman, Prayers for Victory in Spiritual Warfare and The Power of God’s Names.

Dr. Evans has received many honors, including the Father of the Year award voted by the Dallas Father of the Year Committee and the Marian Pfister Anschutz Award for “dedication to protecting, encouraging, and strengthening the American family” from the Family Research Center. 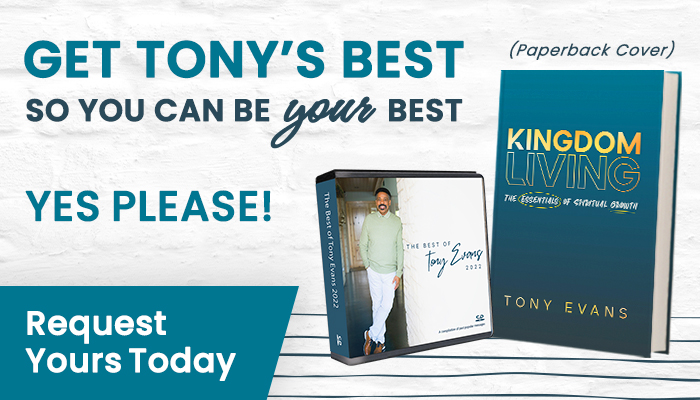 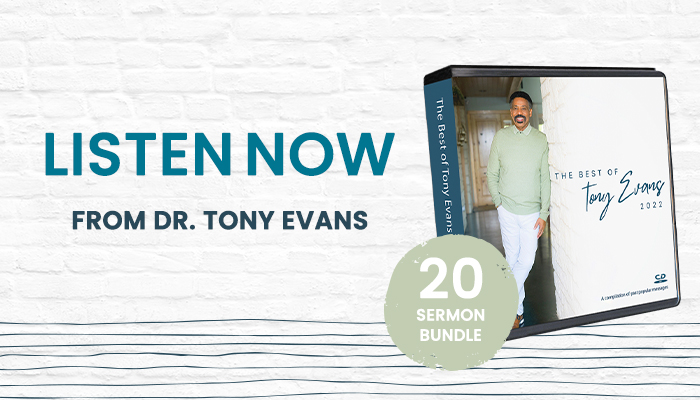 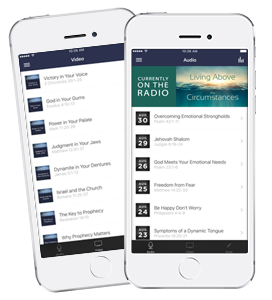