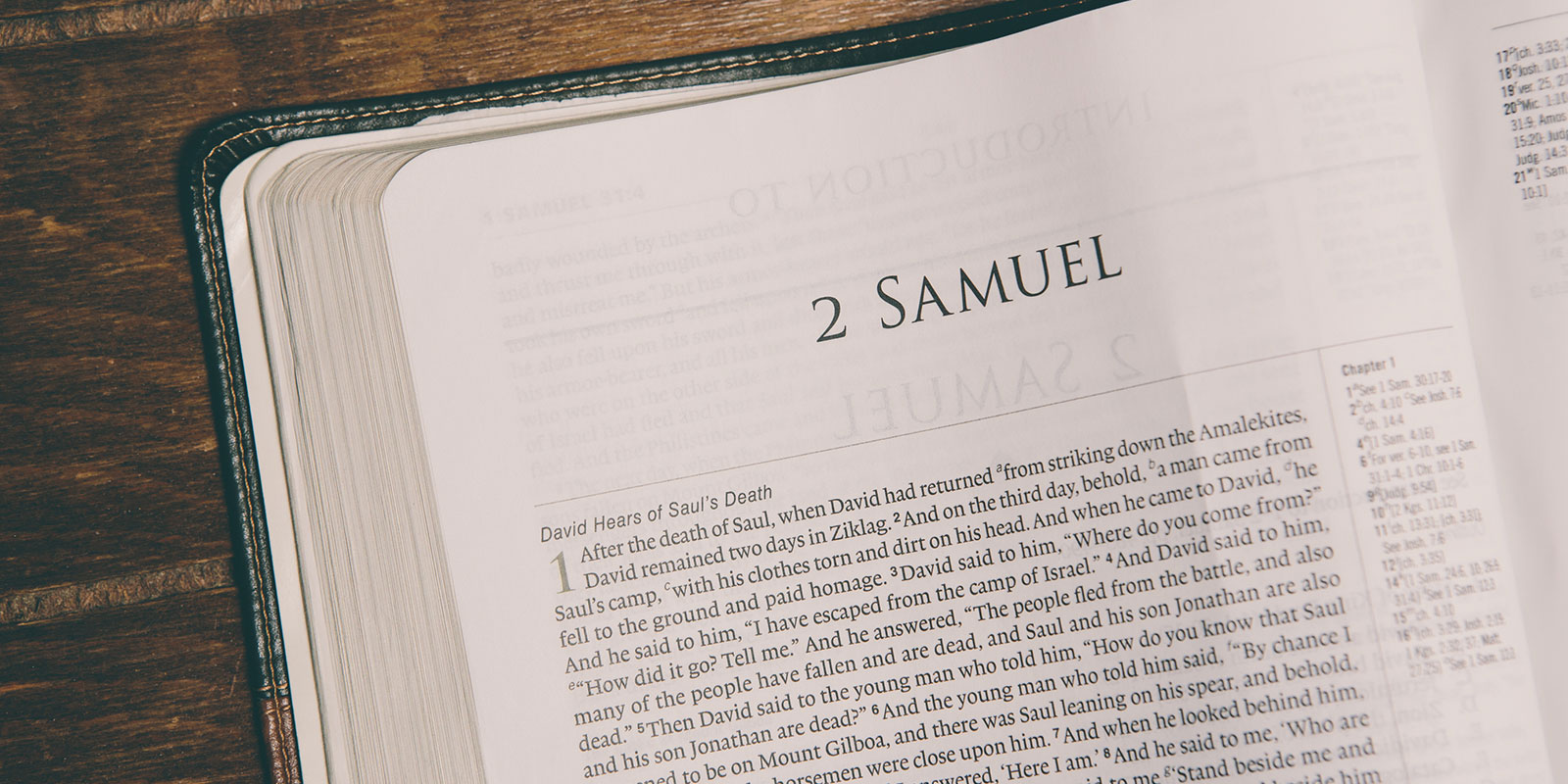 Second Samuel has so much drama and excitement that one can’t help but think it would make a great movie! It picks up where 1 Samuel left off and focuses on the story of King David. As the book opens, the former king, Saul, is dead. Now David, the hero of so many military battles, is crowned as the new king of Israel.

The book has so much drama and excitement that one can’t help but think it would make a great movie!

In the first half of the book, we see David at the height of his success. He’s leading his people to victory after victory in battle, and he is a hero by any measure. The future looks bright. God’s chosen leader is winning the day. But then the story takes a sad turn.

David faces two major challenges in the latter years of his reign. First, he falls prey to temptation and sleeps with Bathsheba, the beautiful wife of one of his officers. Then, when she becomes pregnant, he arranges for her husband to be killed on the front lines. When the prophet Nathan challenges him, though, he wisely repents. Then, his own son, Absalom, leads a rebellion to put himself on his father’s throne, and David must go to war against his own child.

The Bible tells us that David was “a man after God’s own heart,” but that didn’t guarantee that his life would be easy.

The Bible tells us that David was “a man after God’s own heart,” but that didn’t guarantee that his life would be easy or that everything would go well. Neither did it indicate moral perfection. But it did indicate that he was willing to repent and turn from his sin, and seek God as his strength. Even heroes fail sometimes, but God’s heart is toward those who pursue Him and follow His ways.

Here’s a short video that highlights five key themes in 2 Samuel. May you be blessed by it!

You Can Make a Difference in Society | Tony Evans

I recall a time when I had some serious ant hills on my front lawn. As these ants served their queen, they built mounds on my lawn, turning a once-green lawn into a place of foreign habitation. They were building their own kingdom on my lawn, so I needed to address their presence. If I didn’t...

Everybody needs someone to help them navigate through their life. Timothy had the best of mentors in the apostle Paul, who wrote two letters to encourage him in his life and ministry. During his missionary journeys, Paul had left Timothy behind in Ephesus so that he could grow the ministry that... 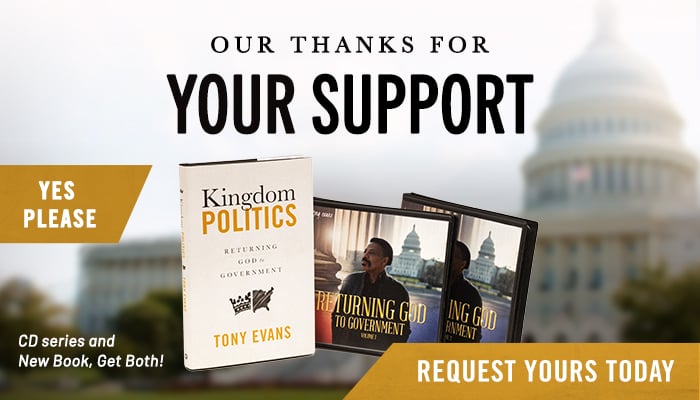 Listen on the Radio

Use our station lookup tool to find The Alternative with Tony Evans on a local radio station.